You are here: Home / Doctor Curmudgeon / O Iron Horse! Let me count the ways! Praise be to Amtrak! 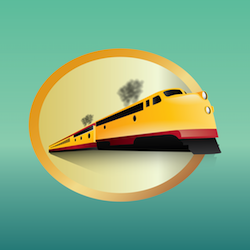 I have often referred to myself as a Luddite.

Actually, that is not quite true.

I do use a computer, mobile phone, electric lights (in addition to my candles), order in food (rather than growing it myself),and am happy for my washing machine. It is no fun to wash clothes in a nearby river. One must cart them there and beat them clean with a heavy stick, then cart them home and hang them outside to dry, which is quite difficult in a townhouse community.

Years ago, when I was but a mildly cranky child, I enjoyed airplane trips with my parents. Stewardesses (as they were called in those days of yore) smiled at me, offered snacks and juices. What fun to peruse the racks of magazines! I happily awaited the cute little trays with food, which were actually edible. People were nice and occasionally chatted with my parents (grown-up to grown-up).

I dozed and ate and read and talked and listened.

But, even before the recent notoriety of horrid, uncivil and even brutal behavior on planes, I preferred trains.

As a small child, there is a happy memory of traveling from Chicago to New York by train.  My mother flew several times a year on business trips. But I refused to fly, and so we had a bucolic train trip.  I refused a compartment and we sat side by side as miles seemed to ride by us.  I was blissed out for the entire trip.

It is really not longer to train rather than fly. Let us consider driving to the airport (or waiting for airport transportation, which is often an anxious experience, hoping your transport arrives on time), then finding parking, then standing in line to have your luggage safely (it is hoped) ensconced in the plane’s underbelly.

Then more waiting to board.

Then not-infrequent delays on the tarmac.

Then there are delays after the plane lands, before you are allowed to deplane.

Ah, this is all followed by that glorious wait for your luggage.

And then that little thrill when you see your luggage flit by and know that it is safe . . . and you will have your own clothing to wear.

A friend dropped me off at a cute little station.

A kind, smiling man took my luggage into the station.

I went to the ticket window.

The board announced my train would leave in thirty minutes.

Until then, I went out onto the platform and watched its happy little engine arrive.

Another man looked at my ticket and escorted me onto the train (I had splurged on a compartment).  My luggage was with me.

I could walk into a sweet dining car and sit down like a human being, eating dinner as I watched scenes of our beautiful country roll by.

In Victorian times, a train was referred to as an “Iron Horse.”

How wonderful. I have not attempted to pet a train . . . but the partial Luddite within would surely enjoy that.

Doctor Curmudgeon® is a physician-satirist. This column originally appeared on SERMO, the leading global social network for doctors — the virtual doctors’ lounge and the home of medical crowdsourcing. 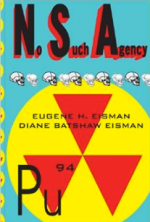 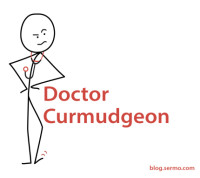